The 5 Whys is a problem solving technique to discover the root causes of a problem. It involves looking at any problem and asking "Why?" & "What caused this problem?", generally five times. 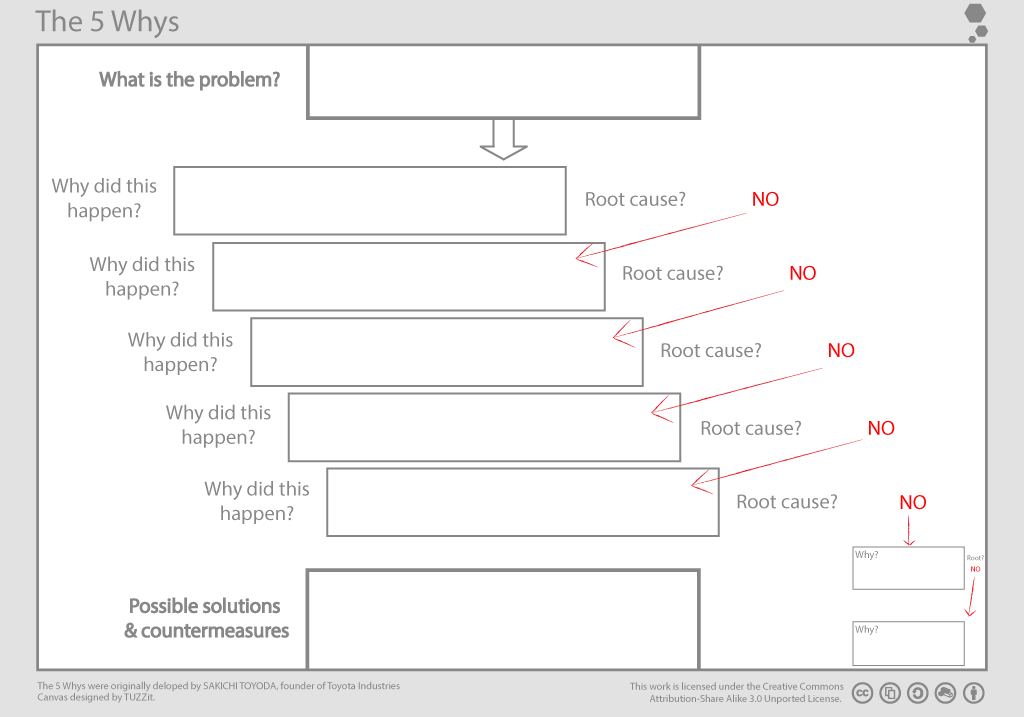 The 5 Whys was originally developed by Sakichi Toyoda, the founder of Toyota Industries often referred to as the father of the Japanese industrial revolution. It was used within the Toyota Motor Corporation during the evolution of its manufacturing methodologies…

Description of the 5 Whys Canvas

The main benefits of using the 5 Whys is not only to identify the root cause of a problem, but also to determine the relationship between different root causes.

The concept of 5-why is simple:

Write it down and try to describe it shortly. If you’re working in a group, this will help everyone to focus on the same problem.

Why did this happen? Come up with one or several causes that answer that question.

Is it the root cause?

If the cause you just provided doesn’t identify the root cause of the problem, ask “why did this happen?” again.

Repeat step 2 and 3 five times or even more if necessary until you’ve identified the root cause(s).

Find solutions and countermeasures to fix the root cause.

GO FURTHER WITH THE 5 WHYS